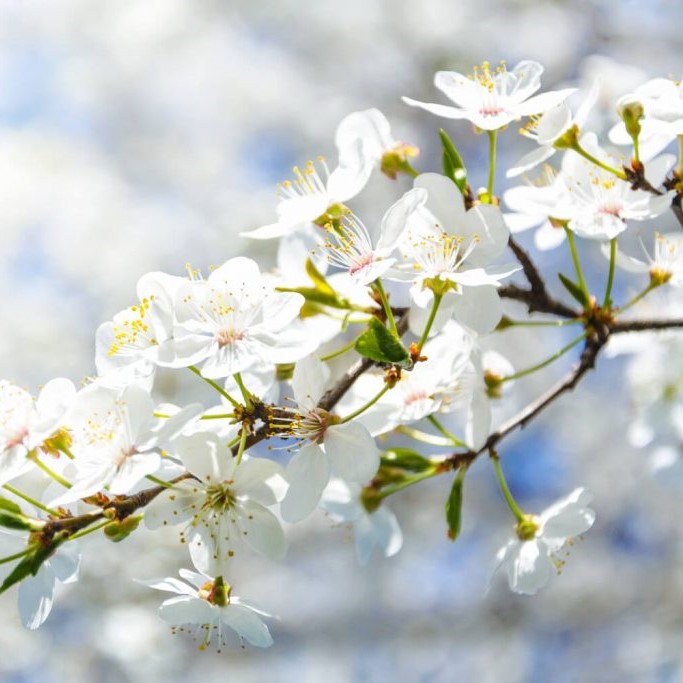 This year, the spring equinox for the northern hemisphere falls on Friday 20th March. Although this is a part of the modern witches’ calendar compared to the ancient path, it is still something that many of us celebrate. It marks a turning of the so-called wheel of the year and adds a split to the year that can be viewed as magical.

Equinoxes and solstices are seen by the modern pagans as a very special time of year. The balance between light and dark are seen as especially sacred as well as the changing of the seasons around these dates.

The spring equinox is usually associated with the christian festival of Easter. Many assume that easter is from Ishtar – but it’s really, really not. There is an article talking about that, and you can find that by clicking here.

Pagans also think in the modern times that the name easter actually originates from Ostara, a Germanic goddess that was mentioned by Bede in the work ‘The Reckoning of Time’ or, originally, ‘De ratione temporum’. However, this work by Bede is the only piece of literature to mention Ostara and it is extremely odd that in modern times this supposed goddess would come to so much notoriety.

This is the original (translated) passage from chapter 15 of The Reckoning of Time by Bede:

15.  The English Months
In olden time the English people — for it did not seem fitting to me that I should speak of other people’s observance of the year and yet be silent about my own nation’s — calculated their months according to the course of the moon.  Hence, after the manner of the Greeks and the Romans (the months) take their name from the Moon, for the Moon is called mona and the month monath.

Nor is it irrelevant if we take the time to translate the names of the other months. … Hrethmonath is named for their goddess Hretha, to whom they sacrificed at this time.  Eosturmonath has a name which is now translated “Paschal month”, and which was once called after a goddess of theirs named Eostre, in whose honour feasts were celebrated in that month.  Now they designate that Paschal season by her name, calling the joys of the new rite by the time-honoured name of the old observance. Thrimilchi was so called because in that month the cattle were milked three times a day…”

So, as stated in the passage above (which I found here) it mentions that the celebration was only previously celebrated in her name. Of course, it may well be that this was actually the pre-christian era name for the time period which is referred to as easter. Anglo-Saxons are said to have been converted to christianity in the 7th century by the missionaries sent from Rome. It does seem odd that there is just one mention of her anywhere – compared to other gods and goddesses who have a multitude of stories and legends about them. It could be that it’s simply a word used to illustrate the awakening of spring. It could be an ancient goddess that has long been forgotten – many of the rivers have goddesses associated with them and not many modern people know the names.

So, whether or not there is a goddess called  Ostara or Eostre, the spring equinox is an actual astrological event that happens every year around the same time. As the earth does its wonderful season-thing, the places we live in undergo their own changes. It’s why the seasons are different in the northern and southern hemispheres and why we have longer or shorter days, depending on the time of year.

Around the time of the spring equinox, the plants are starting to sprout and trees are getting their first blossom of the year. The birds start singing again, and if it has snowed, generally there will be a lot less of it from this time forward. Again, this depends on where you live – as if you are very far north, you may still experience snowfall as you are closer to the Arctic circle. As it is here in Northern Europe in more recent years, it just means things are a lot less brown and muddy and start turning a bit more green as time goes on. A bit further north there tends to be snow, but the last few years has just been a lot of rain.

Easter is also something that has become more of an ingrained cultural phenomenon like christmas, rather than specifically a time for the rebirth of the christian saviour in Europe. I know more people nowadays who celebrate both christmas and easter as a time to feast with family and enjoy the seasonal delights. Christmas is a way of getting through the long winter, just as easter is a way to celebrate the coming of spring and warmer weather. It is one of those interesting turns of events, as the original beginning of these festivals was rooted in paganism and associated with family, friends, feasting and festivity. Christianity brought along with it the advent of sin and being loyal to a higher power, but that part has faded out as the grip of christianity on Europe has loosened.

You will still find people who are ‘fair-weather’ christians – they go to church for the big holidays, but seem to ‘forget’ the rest of the year. You will also find people who are devout and follow the celebrations to the letter. However, for the most part, people just associate the times of year with good times and memory-making and leave it at that.

So how does one go about celebrating the spring equinox? What better way than preparing a fresh seasonal feast? Or, if that is not your thing, people may also choose to bake a loaf of bread for the occasion and use it for offerings to the local spirits and also for their family/friends.

Decorating your altar (if you have one) with light spring colours is also a good way to celebrate. This time of year is usually associated with the more pastel shades of purple, green and yellow, but you can choose whatever colours you most associate with this time. There is no hard and fast rule for celebrating, you can choose to do what you want to do. If you would rather celebrate at home with a book, go for it. If you are choosing to celebrate with your family, friends or coven/pagan group, have a fantastic time.

It’s a great time of year to think about a refreshing ritual. Sowing the seeds to be reaped later along the line. Follow along with the seasonal flow if that’s your thing and see what the plants and nature is doing along the way. Spring is seen as a season of regrowth and rebirth (perhaps that’s why they placed the christian story at this time of year) and is a great time to look at the coming year’s goals.

There is a rather pressing matter at the moment of the virus that is sweeping the globe – so celebrating alone or with your closest family may be the best idea. Take all the guidelines into consideration when planning your celebrations.

Above all, be safe, have fun and hail the gods. You got this!