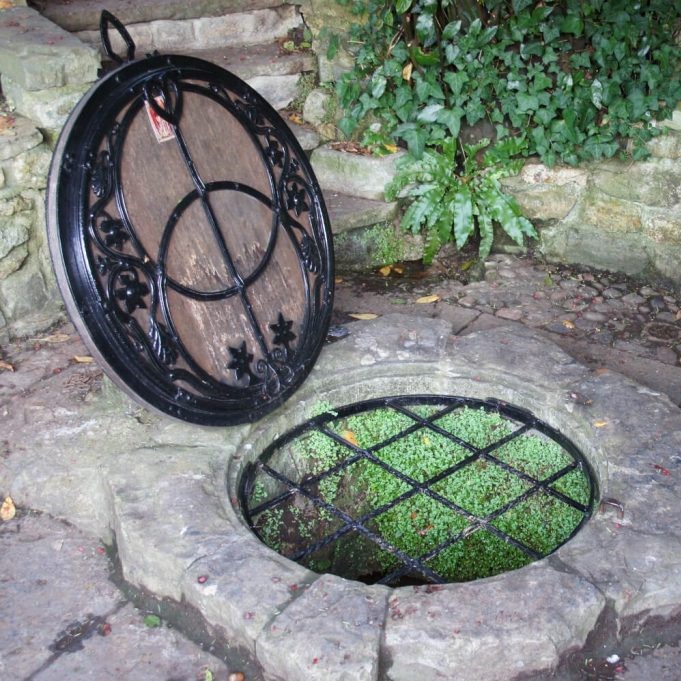 For many centuries, sacred wells, springs and other naturally occurring sources of freshwater have been seen to have medicinal or even magical properties. With the coming of christianity, many of these sites have been forgotten or completely destroyed. However, a fair few of these were reformed into christian saint worship sites – so even though the meaning is different, the places still exist today.

Many of the sacred sites are simply open pools or streams that are unfortunately no longer venerated. It was said that if you were suffering from an illness or ailment, you would be healed if you drank or sometimes even bathed in the water depending on the size of the spring. Of course, looking at the so-called healing properties from a modern perspective, it is said that it is, in fact, minerals and filtration that lent to the health benefits of the water rather than a supernatural reason. However, the springs were seen as extremely sacred and were thus treated as such.

These beliefs followed on through the centuries with ill or injured people travelling to these sacred places. It could be that they had scurvy or leprosy. Perhaps they had broken bones or just some form of arthritis. Whatever they felt they needed help with, the springs were seen as the answer. Some even travelled to these springs in a bid to become fertile. There is a well in Oxford known as Child’s Well which ‘had vertue to make women that were barren to bring forth children’. One particular well became famous after Henrietta, the wife of King Charles I was rumoured to wish for a child at St. Agnes Well, Whitestaunton in Somerset. It is said that she became pregnant soon after.

Just like nowadays when people may throw a coin into a wishing well, people who were looking to be blessed would bring a form of offering. Sometimes it would be a bent pin which would be given to the well itself – literally thrown into the water. Another tradition is said to be the tying of cloth to the bushes or trees surrounding the wells. These would be known as ‘pin-wells’ and ‘rag-bushes’.

From an article written by E. Sidney Hartland in 1893, he remarks upon an example of how these rag bushes are used.

“…Ffynnon Cae Moch, about halfway between Coychurch and Bridgend in Glamorganshire: “People suffering from rheumatism go there. They bathe the part affected with water, and afterwards tie a piece of rag to the tree which overhangs the well. The rag is not put in the water at all, but is only put on the tree for luck. It is a stunted but very old tree, and is simply covered with rags.””

Another example is thus;

“…In another case, that of Ffynnon Eilian (Elian’s Well), near Abergele in Denbighshire…some bushes near the well had once been covered with bits of rag left by those who frequented it. The rags used to be tied to the bushes by means of wool—not woollen yarn, but wool in its natural state. Corks with pins stuck in them were floating in the well…The well in question, it is noted, had once been in great repute as “a well to which people resorted for the kindly purpose of bewitching those whom they hated”.”

So these two examples show two different sides to the story. The first of these detailing how a sacred well was used for healing of rheumatism, the second detailing how one such well was thought to have been used to bewitch those whom they hated. Other specific wells may be used as cures for all kinds of ailments – it was not just a case of going to your nearest well with whatever was wrong with you and expecting a cure. The different locations offered different cures to various ailments and sicknesses.

Here is another example from Llanfaglan, Carnarvonshire.

“…The old people who would be likely to know anything about Ffynnon Faglan have all died. The two oldest inhabitants, who have always lived in this parish (Llanfaglan), remember the well being used for healing purposes.
One told me his mother used to take him to it, when he was a child, for sore eyes, bathe them with the water, and then drop in a pin. The other man, when he was young, bathed in it for rheumatism, and until quite lately people used to fetch away the water for medicinal purposes.
The latter, who lives near the well at Tan-y-graig, said that he remembered it being cleared out about fifty years ago, when two basins-full of pins were taken out, but no coin of any kind. The pins were all bent, and I conclude the intention was to exorcise the evil spirit supposed to afflict the person who dropped them in, or, as the Welsh say, dadwitsio.
No doubt some ominous words were also used. The well is at present nearly dry, the field where it lies having been drained some years ago, and the water in consequence withdrawn from it. It was much used for the cure of warts. The wart was washed, then pricked with a pin, which, after being bent, was thrown into the well.”…”

These pin-wells and rag-bushes were seen all over the British Isles at one point in history. How amazing it would have been to see these acts of folklore being enacted by people of the local populace. As well as rags tied onto bushes and pins dropped into wells, there were also some traditions of hammering a nail (most likely iron) into a tree near the well. They would attach a piece of the afflicted person’s clothing to the tree with the nail. As time went on, the tree would eventually ‘swallow’ the nail as it grew. It is said that as the bark grows over the nail, the problem will eventually go away.

Another way the wells and springs are used was for a form of divination. From the same article by E. Sidney Hartland it is said:

“At Croisic, in Upper Brittany, there is a well, called the well of Saint Goustan, into which pins are thrown by those who wish to be married during the year. If the wish be granted, the pin will fall straight to the bottom. Similar practices are said to be performed in Lower Brittany, and in Poitou and Elsass.”

By the end of the 19th century, it looks as though the majority of these practices surrounding sacred wells and springs amongst the common folk were dying out. Presumably, as modern medicine began to make its way out from the larger towns and settlements to the countryside, people started to put more faith into the doctors than they did into the old folk traditions.

What is clear is that these traditions are not just tied to the British Isles. Accounts of these forms of folk magic and beliefs can be found the world over. There are examples from all over Europe, in Japan and even in the Congo. These practices are said to be carried out for a wish. Whether that is a wish for good health, to find a husband or to grant some kind of prayer or wish to improve their life, they can be found all over the world.

Although in more modern christian times, these acts are seen as simply to remove or add sickness from a person or persons, the original meaning may have been lost. There is said to be a spirit or deity attached to the wells or springs themselves, and the older belief is that you were communing with that spirit. You were not just offering something to ‘god’ or whatever you wish to call a higher power. You were actually communing with and bargaining with the spirit of the place you were utilising.

Thinking about the environment

In sacred spaces reclaimed by neo-pagans, you will often find so-called prayer ties on trees and sacred areas. This includes sacred wells, springs and other magical or sacred places. This is true of places like Avebury in England. A large and growing problem with more modern prayer ties is that our clothes and fabrics are not all of a natural or biodegradable nature. In actual fact, many of the ‘offerings’ which are given actually add to the problem of littering and making an area full of rubbish.

It is unfortunate that people will have good intentions, but will not have communed with the spirit for long enough to know what it is that is needed to be given in exchange. Shrines to Ganesha in Hindu practices are usually covered in sweet treats or the favoured flowers of Ganesha himself. These degrade easily and do not hurt the surroundings. However, tying a piece of acrylic or man-made materials somewhere is extremely damaging to the environment and the wildlife in the area.

If you are looking to leave an offering or ask for help from the spirits of a place, be sure to choose your method and inventory wisely.

Pin-Wells and Rag-Bushes by E. Sidney Hartland 1893 in Folklore A Quarterly Review of Myth, Tradition, Institution and Custom. Volume 4.