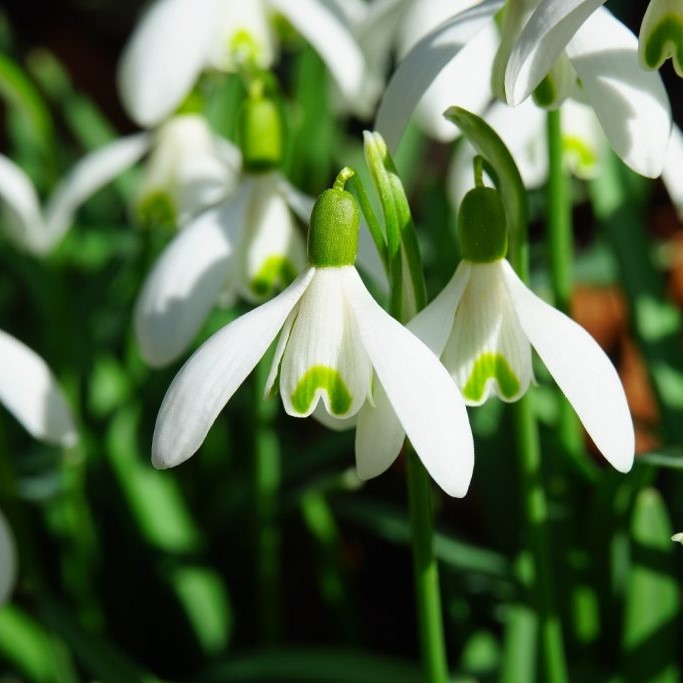 Imbolc is celebrated as marking the beginning of spring; the flowers have started to bloom, there is growth in the earth, everything is becoming that bit greener and moving away from winter. There is still a chance of frost- you’ll get that through until around Beltane, but you can start to grow seedlings and plants indoors or in other heated areas like greenhouses, ready to be moved out when the weather is warmer.

It is also a good time to look at your own life and see what areas you can improve upon in the coming year. Many people may like to do a divinatory exercise at this time of year to make sure they are on the right track. Some people like to carry out divination before an event, others may like to look at things from an afterwards perspective.

If winter can be seen as the time when everything is underground, ready to be awakened, Imbolc is that awakening- the energy of expectancy is all around- for the summer to come, to be out of the darker, winter times, for the onset of spring and the return of flowers and life.
Many people choose this period to clear out the old and bring in the new- a spring clean if you will. It’s a good time to set plans in motion, to start giving an idea or venture form, rather than just keeping them as ideas. Spring cleaning can also occur within as well as around the home and garden. Long, dark nights of winter can leave people feeling a little bit down, so it’s a great time to start cleaning out all of those feelings, throw open the windows to allow in the warmer spring air and make yourself and your family feel better.

Many traditions have a life force and a life-giver. Many will look to a more serpentine deity or being as holding power within. If you look around in the world, the main source of health and wellbeing is seen through healthcare and medicine. The symbol within healthcare that looks like a snake, or more specifically a serpent, is called The Rod of Asclepius. Asclepius is from ancient Greek beliefs and is the god of medicine and healing. He is usually symbolised by the staff with a serpent coiled around it. This is seen as the most universal symbol of medicine and healthcare the world over.

It is said that this serpentine life force reawakens from slumber in the springtime, as the snake has been sleeping through the winter. It is a time of rest for all things, and it is only once the serpent reawakens that the witch can begin to draw energy and work more with the land than when the world was slumbering. It is a tradition in some branches of witchcraft (not Wicca) to awaken the red serpent from its slumber and bring life back into the world.

Around this time of year, it was traditional to give offerings to the holy wells and springs around the countryside. There are many wells and springs around even today, however, they are not venerated nearly as much as they once were. They would be decorated for Candlemass. It is also said that witches of old (again, not Wiccans, that is a much newer religion that what we are talking of here) would lead in a silent procession in the dead of night to a local well or spring. There would be one person leading with a candle, and the witches would set gentle fires and warm the serpent back up out of its slumber. This ritual would usually be followed by dancing and music, and may, therefore, move to a more apt spot in the countryside. More traditions relating to the time of Candlemass can be found in a great book by Gemma Gary called Traditional Witchcraft – A Cornish Book of Ways.

If you feel more renewed and healthy once spring starts blooming, this is likely why.

A lot of the symbols found in nature can be attributed to the Goddess Brigid (who became a saint when Christianity took over) such as:

The snowdrop- such a delicate flower, yet it can break through the hard soil in order to bloom. The snowdrop is a certain sign that spring is coming along.
The flame is a representation too, as Imbolc is seen as one of the fire festivals. It can also represent creativity and the flame in the hearth fire.

The Brigid’s cross is a representation of the fire wheel for Brigid. This symbol was found at the hearths of homes throughout Ireland and beyond to symbolise Imbolc and Brigid.
Colours which can be associated with Imbolc are silver and white for purity and green for the very first burst of life in an otherwise barren landscape.