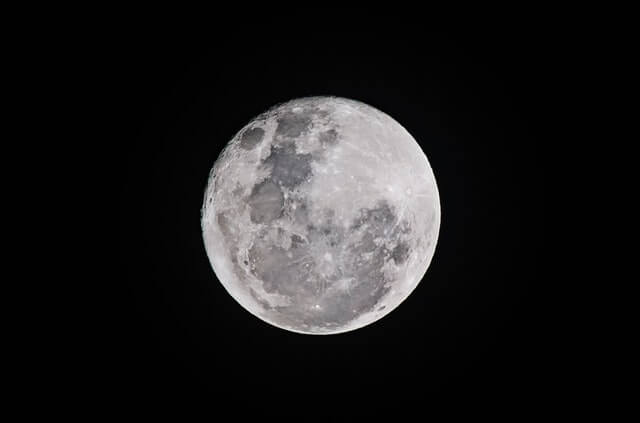 The moon is a very inspirational thing for many people the world over. Seeing something under the light of the moon can alter your perceptions. Much of ‘Traditional’ magic favours moon or candlelight in order to perform spells and rites. It does help to focus if you are using natural, moon or candlelight when performing a ritual as light bulbs can create a lighting effect that makes it hard to concentrate or focus. Sometimes they can be too bright, not bright enough, or simply give you a headache.

Many choose to do their spell work under the cover of darkness- perhaps harking back to the days of being a witch or ‘Pagan’ in secret- but daylight is just as powerful for spell working and ceremony. Moonlight adds a certain mystery to a setting, the ability to perhaps see beyond what is really there on this plane and focus on the spirit. Daylight can be unforgiving in that it doesn’t always allow for that kind of vision.

Being in a dense forest in daylight can bring a different lighting atmosphere to a setting, because of the dappled sunlight hitting the floor as it comes through the branches and leaves, rather than directly from the sun itself. It acts as a filter from both the harsh light and the intense heat in the summertime. The moon can allow you to see shapes within the trees, moonlight dancing through the leaves and branches and reflecting off pools of water in a subtle, yet powerful manner.

The cycle of the moon is associated with the tides rising and falling, the female menstrual cycle, the tenacity of the sea including the occurrence of storms, and the womb. Moonlight is said to cleanse, to empower people and objects- looking at the sea, it is also traditionally said to help wash away that which is not needed or required and smooths the harshest of surfaces over time.

The moon is also said to affect the growth of plants and the harvest of fruits. The Roman author, Pliny, recommended that farmers pick their fruit for market just before the full moon because it would contain more water and weigh more, but to pick fruit for their own stores at the new moon because it would last longer. This same guidance could be applied to crops- ones that grow above ground were planted during the waxing moon, and those that grow below ground like bulbs and root crops, should be planted during the waning moon. The waning moon is the time to prune and transplant and the last quarter is said to be best for harvesting.

The reason for this lunar growing is because the moon affects the seed and plant’s ability to draw up water. Planting seeds just before a full moon can give them an edge. In relation to magical energies surrounding the moon, it makes sense that they would thrive near the full moon rather than the new moon because it can be much harder to draw energy around the time of the new moon than near to the full.

In many societies, the full moon for each month has its own name which is derived from the agricultural and seasonal cycle. This is from findings dating back to the Anglo-Saxon period of their names for the full moons during the year:

Any extra full moons in a single month were referred to as a Blue Moon.
These names for the different moons throughout the year are from time-meddler.co.uk

Alternative names for them are found over at earthsky.org and are as follows:

The moon can be used to bring specific energy to the circle depending on the phase of the moon. Drawing Down the Moon is one of these practices, and is performed at the full moon. This kind of ritual is possible to perform alone or with a group- depending on how you like to practise your rites. The full moon rituals will be to welcome in positive energies- at this time, you draw things toward you.

The new moon is exactly the opposite- you aim to let go or distance yourself from situations or relationships that are no longer good for you, or perhaps a bad habit that’s happening. This then allows you to move on with a clear, fresh energy.

Moving forward and letting go are two major aspects to look at and remember when you’re working with the moon; greeting and parting, welcoming and bidding farewell. You can also look at these aspects from a seasonal perspective which can also help with the energies- spring for welcoming and autumn for letting go, just as the leaves and plants respond to the changing year.