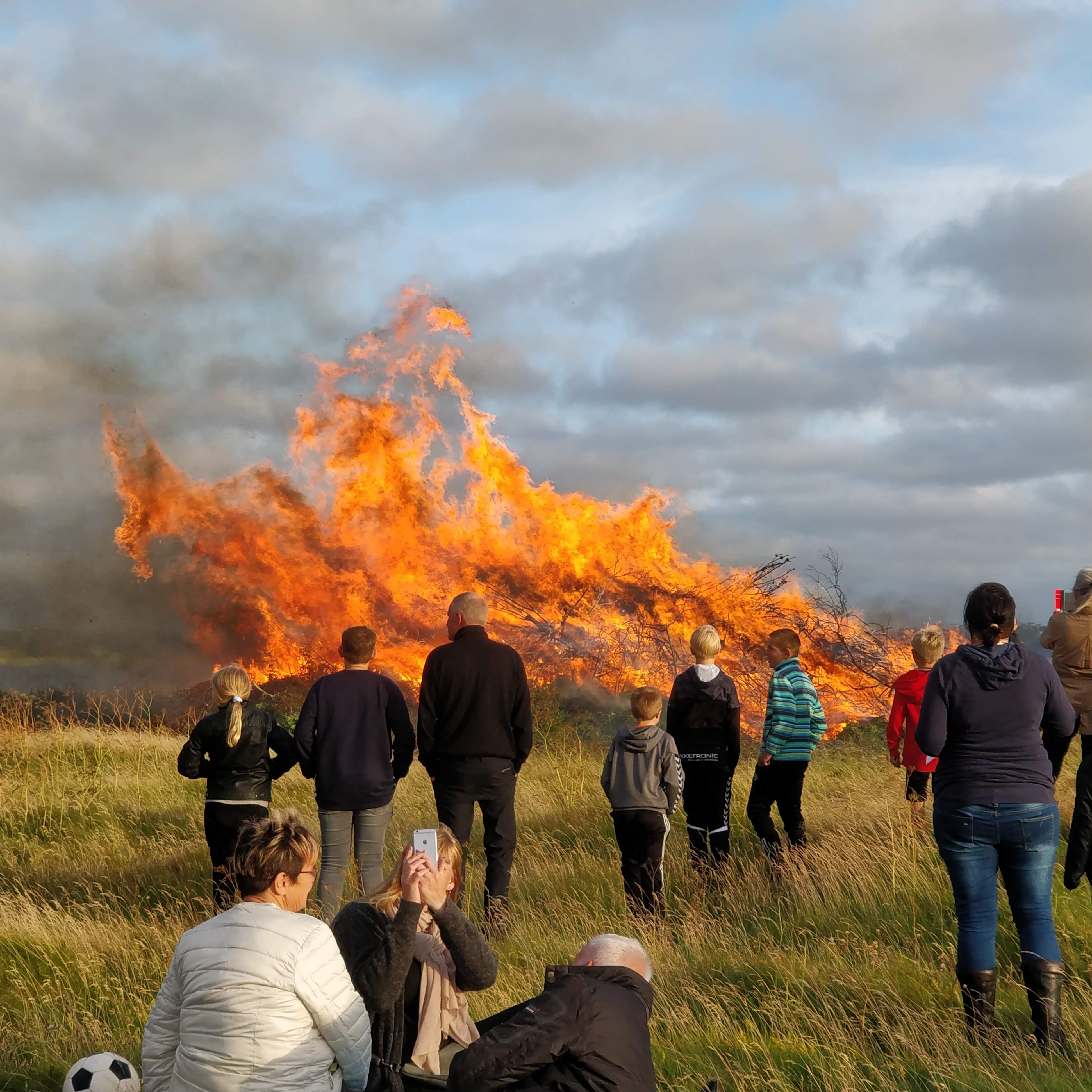 A time of long days and short nights, balancing the darker half of the year with illumination. Although many may celebrate this just at the very date of the solstice itself, the time leading up to it and leading away from it is also very potent for magic and general celebrations of the summer sun.

In times gone past, fires were it high up on hills to celebrate the midsummer time. Some of these survived until the 1800s, and antiquarians may also re-enact these celebrations to keep the old ways alive. Another aspect of the fires was the blessing of domestic and farmyard animals through the fire. It was thought that the fire would cleanse and bless the animals for the coming year and guard them against ailments which may hinder the production of milk and other useful items to small-town folk from the time.

Although the old celebrations seem to have been distilled into quaint occurrences to modern man who has moved out of the villages in the UK, in many European countries the celebrations still go on.

For example, in Sweden, the schools are out mid-June and many begin their five-week holiday. Midsummer’s Eve is celebrated in the countryside, as it always has been, and the towns and cities are suddenly left deserted.

This maypole is raised in an open spot, and the traditional ring-dances begin to the delight of the children and some of the adults. The teenagers nowadays stay out of it and instead wait for the evening’s more riotous entertainment. The traditional activities revolve around the old Pagan rituals and games of strength, fun and fitness. These include many events you may see at your school’s sports day like the tug of war, and for the younger children the egg and spoon race, and of course the sack racing!
The menu includes different kinds of pickled herring, boiled new potatoes with fresh dill, soured cream and chives, which is often followed by a grilled dish of some kind like spare rib or salmon and the first strawberries of summer would be served for the dessert, usually in a cake or simply with cream.

Although such a tradition is not generally celebrated in many countries now, the Swedish midsummer celebrations are ancient and have been handed down from generation to generation for many years and it is such an important part of the Swedish culture. It brings great nostalgia to the young and the old, and many want to go dancing after all of the celebrations as their ancestors have before them. Legend has it that midsummer is a popular time for romance and for love- it is said that if seven different species of plants are picked and placed under their pillows.

At night, their future husbands will appear to them in a dream.
Regarding the origins of the festivities as they are today, it’s said the celebrations were to welcome the high point of summer and fertility into the communities who lived off the land. Although it was mainly celebrated in the countryside, the industrial workers of central Sweden were given a feast of pickled herring, beer and schnapps to celebrate. It wasn’t until the 1900s that the festival became one of the most important festivals in the Swedish year.

Since approximately 6 CE, bonfires have been lit around Europe. In Sweden, this was mostly in the southern part of the country. It is said that midsummer as the longest night is the best time to tell people’s futures. There was also a tradition for girls to eat salted porridge so their future husbands would bring them water in their dreams.