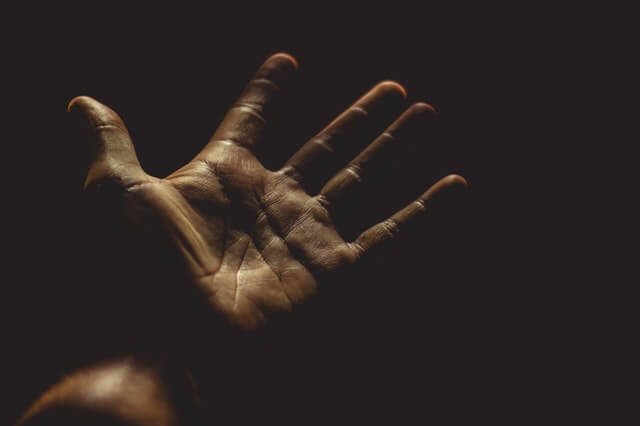 Palmistry is something that most people will have heard of.

Inspecting the palms and hands in general to tell someone’s future or to get an idea of what may be in store for them. Better known by its old name of Chiromancy or ‘divination by the hand’. When palmistry began is unknown- however, there are some stories which relay it back to a possible beginning in India. The Greeks have definitely studied it, and Aristotle, in particular, is believed to have had a great interest in it.

Whilst travelling in Egypt, it’s said that Aristotle discovered a manuscript detailing the art and science of hand-reading. He was so amazed by this that he sent this to Alexander the Great, exclaiming how it was ‘a study worthy of the attention of an elevated and enquiring mind’.

Although nowadays, the acts of divination, palmistry being one of them, are associated with the fortune teller at the local funfair, or something only Pagans do as experimentation with methods of telling the future, in the medieval period, some of its practitioners claimed it was sanctioned in the Bible. As with all things, not all people of the church agreed with this idea although some were all for it. Some people who practised it found it easier to describe and continue practising by associating the reading of palms and hands with astrology- the sun, moon and planets, along with the signs of the zodiac were all said to be associated to different parts of the hands.

The correlation and locations of these areas in conjunction with many more factors led the practitioner to their divinatory outcome. The idea of the hands being associated with astrology can be summed up in a fragment of the medieval verse:

Doreen Valiente, an abc of witchcraft

The thumb is of Venus; but Jupiter delights in the index finger and Saturn in the middle finger, and the Sun holds the third finger (Medicus). Mercury is here at the smallest finger and the chaste Moon occupies the percussion (i.e. the outside of the hand, opposite to the thumb); in the hollow of the hand Mars holds his camp.

DOREEN VALIENTE, AN ABC OF WITCHCRAFT

Each of the four fingers on the hands has three divisions or ‘phalanges’, adding up to twelve in all- this is a correspondence to the twelve signs of the zodiac within our very hands.

A good hand reader did not need to cast an elaborate horoscope for the client- if they knew how to read it, it was already present in the hand for them to see and read. This may be a reason why those from the poorer classes of society would learn and develop the skills to apply palmistry because they could not afford the expensive astronomical instruments needed to otherwise tell a horoscope. Knowing the secrets of the hand is one of many well-known and needed skills in witchcraft.

Seven is a magical number which also features largely in palmistry. It is said that there are seven chief lines on the palm of the hand; the line of life, of heart, of the head, of Saturn or of Fortune, of the Sun or brilliance, the hepatica or line of health and the girdle of Venus. There are also said to be seven ‘mounts’ on the palm, named after the Sun, Moon and planets. There was a famous French palmist called D’Arpentigny, who also wrote that there were seven types of hand. These are the elementary hand, the conical or artistic hand, the square or useful hand, the spatulate or active hand, the pointed or psychic hand, the knotty or philosophic hand, and the mixed hand, which is a mixture of all types. As well as the seven types of hand, there is said to be four different types of fingertips- spatulate, conical square and pointed. These are said to be associated with the four elements and in turn the types of temperament they govern.

It is important when studying palmistry that both of the hands are studied- when previously looking into the skills around palmistry, I was told by all kinds of sources to only study one hand for certain things, but it is important to study both hands. It is said that the left hand will show the inherited tendencies of the client and the right hand will show what use the person has made of the pre-determined tendencies. If the client is left handed, these practices will be applied the other way around.

There have been many books and studies about the practice of palmistry over the years it has been used, including an individual’s work- Louis Hamon- who practised under the pseudonym ‘Cheiro’. Although his work may be considered out of date, his work actually helped to make palmistry legal- there was a time when it was illegal in Britain for many years.

This was under the ‘Rogues and Vagabonds Act of 1824’ in the reign of King George IV. This act stated:

Every person pretending or professing to tell fortunes, or using any subtle craft, means or device, by palmistry or otherwise, to deceive and impose on any of His Majesty’s subjects” could be sentenced to 3 month’s hard labour.

Rogues and Vagabonds Act of 1824

This act was sometimes used to apply to general witchcraft, too. This shows just how far we have come with acceptance and laws over the years. Nowadays, people in many countries can practise what was considered ‘witchcraft’ or ‘the devil’s work’ freely with no consequence. Of course, we cannot forget those countries which do not have that luxury – in many places in the world, people are being tried for and killed as it is believed they are practising witchcraft. In many countries, there are laws relating to the practice of witchcraft, and what can and can’t be practised.

In the developed world generally, it is considered ok to practice and be a witch, as well as practice forms of divination.